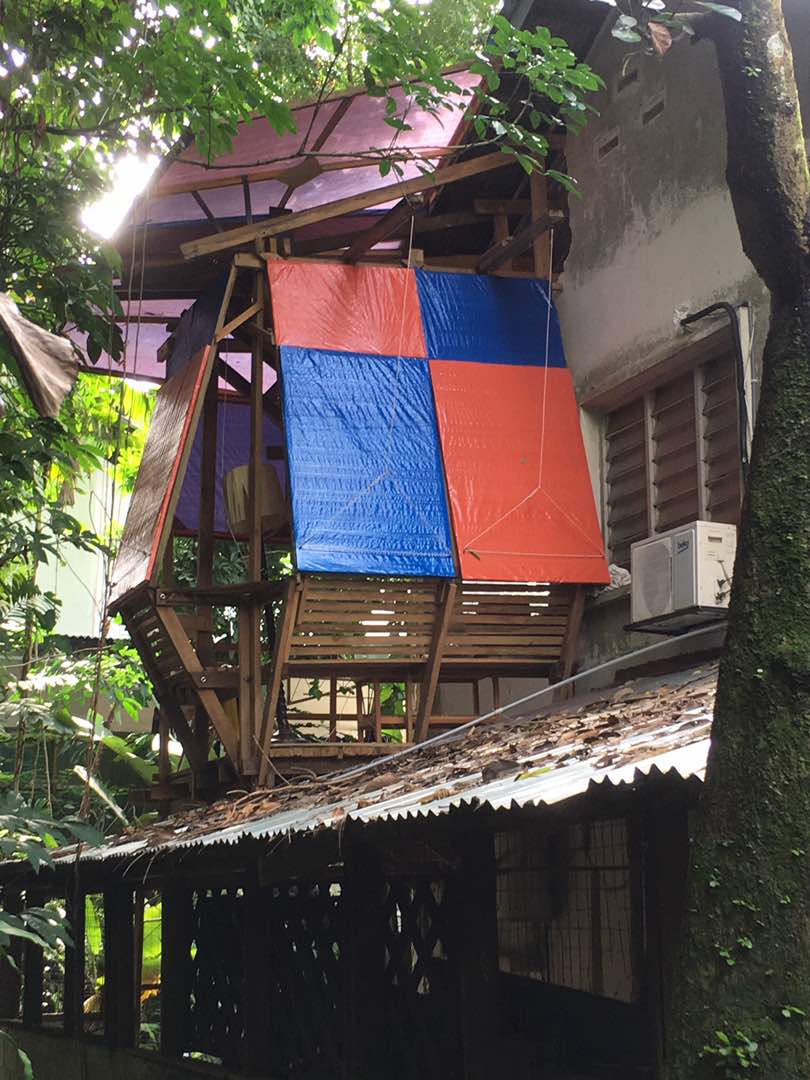 Stairs is a term applied to a complete flight of steps between two floors or more including the stair landing. Most floors are ten to twelve feet in height. Therefore, requiring an intermediate landing. The landing is a small platform to change direction or to allow the user a pause, to rest. However, the landing is often not celebrated as it doesn’t serve any other purpose.

Therefore, Lim has explored a way to celebrate and transform a ‘staircase’ and its ‘landing’. Inspired by traditional malay vernacular architecture – the ‘Serambi’, a so-called transitional space between the public area and private area. In this respect, he has exploded the enclosure to the stair landing and has created a social interaction space as part of the transition from one level to the next. The newly click here conceived space has managed to dovetail the traditional malay icon into a modern context. From a non-descript and utilitarian space, it has now become a focus point and emulate the social space of traditional malay houses.

The design attempts to maximise the user’s experience of climbing the staircase and the natural environment surrounding it. The wooden structure pooped out from the main building, hence blending it with the environment.